Menu
Log in
Register
Install the app
You are using an out of date browser. It may not display this or other websites correctly.
You should upgrade or use an alternative browser.

Â£17m over spend by the SIA

Courtesy of the BBC website.........you wonder where your money goes and how hard it is to get a refund!? 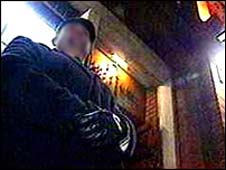 
A government body which licenses bouncers and other security workers has overspent by more than Â£17m, the National Audit Office has said.
The Security Industry Authority is also accused of failing to keep track of who exactly is working in the sector.
Last year, it emerged that more than 6,600 illegal immigrants had been wrongly given licences by the SIA.
The National Audit Office said the SIA must raise its game before it begins licensing staff for the 2012 Olympics.
The SIA authorises pub and nightclub bouncers, store security guards, CCTV operators and wheel clamping companies. It is also responsible for those employed in sensitive security posts such as bodyguards.


The NAO did praise the SIA for achieving widespread compliance with its code of conduct, but it said IT failures and mismanagement had led to problems.
It said a new computer system was delayed, leaving staff unable to process new licence applications for six weeks and costing more than Â£1m. It also raised concerns about a "significant staff turnover" and "a number of vacant posts" at the SIA, and said that at times those in charge were not even sure how many firms were actually part of the industry.
The NAO also criticised the Home Office for underestimating the cost of running the authority.
Tim Burr, head of the NAO, said: "The security industry has been subject to suspicion and even criminality in the past and the Security Industry Authority has done well to set up a licensing system which has secured a high level of compliance.
Revelations
"Poor cost forecasting and ineffective management of the licensing scheme have, however, resulted in the SIA spending over Â£17m more than planned.
"The authority needs to improve the quality of its forecasting and its management of the scheme so that it is better equipped for dealing with future demand for licences."
In December, Home Secretary Jacqui Smith was forced to tell MPs that 6,653 people who had been licensed by the SIA were in fact not allowed to work in the UK. A further 4,447 others had been authorised without having proved their right to do so. The revelations prompted a series of targeted enforcement operations to remove workers and prosecute employers.
V

My goodness the SIA making a muck of things who would have guessed. Suppose if all the people who shouldn't have had a licence, didnt get their licence then there would not be the huge delay in getting the licences to the people legally entitled to one.
D

Spot on Victor. I just had 2 guys applications rejected as their supporting documents weren't up to date. Guess what - they were when we F*&$£%G SENT THEM BACK IN MARCH!

Sorry for the rant but the SIA get me madder than a mad thing on a hot day!
B

Absolute Gypsy scumbags, i've been waiting nigh on 8 weeks for my CP license and not so much as a whisper
M

Ha nothing surprises me about these tossers anymore. Wife rang me to Afghanistan to say my badge had finally arrived (8 months after submitting application) and you would never guess that its my details on the badge but not my photograph!!!!.

Rang them to tell them about it and they asked could I send it back to them ASAP!!! Bloody cheek!!

Said they can have it back when they send out my badge....tossers.
U